6. Having a glowing black? Your demand on contrast ratio depends on your games

We suggest gamers who love watching movies or playing horror games or any other games that require high picture details to pick a VA panel which has the best contrast ratio of all the panels.
Players who want to immerse themselves into the gorgeous game world may want to sacrifice a bit of contrast and pick an IPS panel.
For gamers who only want to win, the fastest TN panel which isn’t that beautiful might be their best choice. 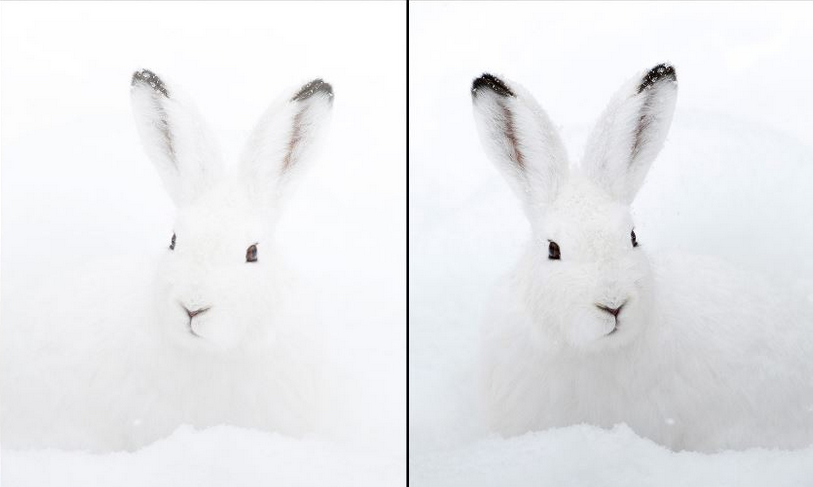 When your panel doesn’t have enough contrast, the details of the picture not only can be eaten by the dark but also can be fused into a blurry white as well.

7. High color saturation? See it for yourself!

There are so many standards for color saturation. sRGB, DCI-P3, NTSC… and so on. Each standard covers a different range of colors, so it is hard to use a single unit to describe how colorful this panel is. But the market usually uses ”sRGB” as an unit to describe the coverage to keep things simple, such as 100% sRGB or even 125% sRGB (covering more than the sRGB standard). The larger the number is, the more color the panel can show, so the more beautiful the panel is.

8. Do I need a cure monitor? Feel it before you buy it.

About curved monitors, it really depends on personal preference.

Most gamers who love curved monitors love the immersive feel that it gives them, or they are planning to have multi-monitors and want to attach them into a big curve. Gamers who don’t like them, are often not used to the curvy feel of the picture, but also don’t like the fact that the picture is bent into a curve when it was originally meant to be a flat one. Since the content is designed to show on a flat screen, if it’s bent into a curve intentionally, you’ll have an awkward feel that the positions are misplaced, just like bending a flat photograph into a panorama.

The spec is mainly 1800R in the market, which means that the curve is cut from a circle that has an 1800mm radius. Therefore, the smaller the number is, the more curvy the monitor will be. 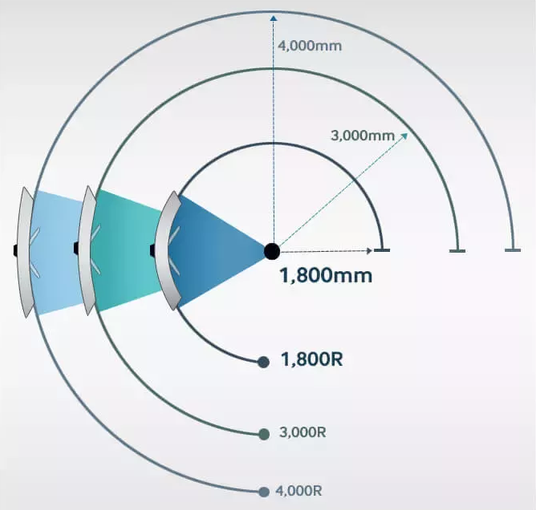 We strongly suggest you to see the monitor yourself if you are interested in buying a curved monitor. Only by seeing it yourself, can you know if a curved monitor suits you or not.

9. Is FreeSync or G-Sync a must? FPS gamers will need it more.

But if your graphics card really can suit up with your monitor, don’t worry, because if your refresh rate is high enough and your graphics card is powerful enough, the difference between the previous picture and the next picture can be minor. So even if screen tearing occurs, with high refresh rate it only stays for a very short period and the difference is so minor that you might not be able to tell the difference. Only FPS gamers might still feel the difference because FPS gamers usually change their perspective rapidly, so the difference between the first picture and the second picture might be big. As a result, screen tearing might still be an issue. So if you are an FPS gamer, we suggest you to consider a monitor that supports FreeSync or G-Sync. 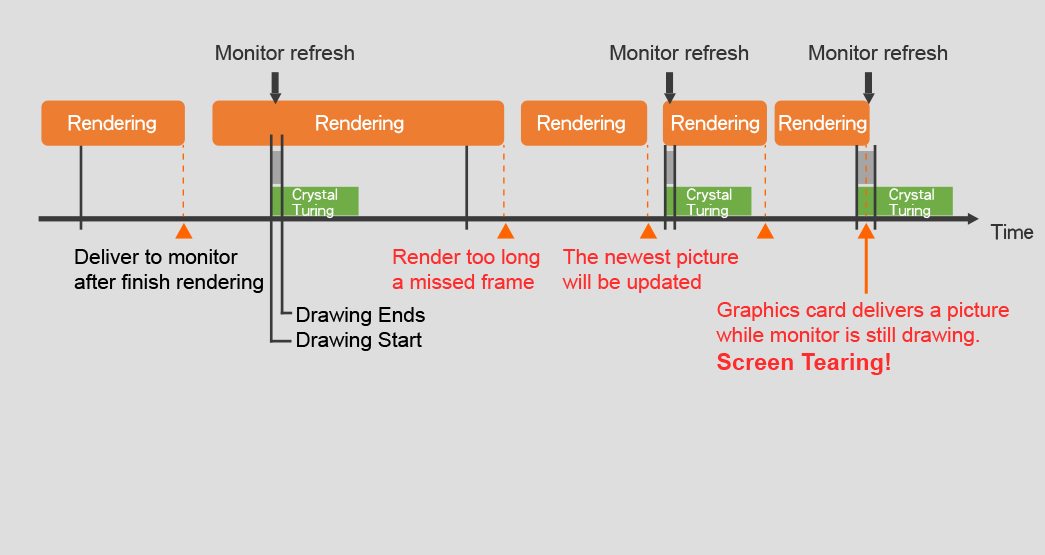 Screen Tearing occurs when the graphics card delivers a picture while the monitor is still drawing. 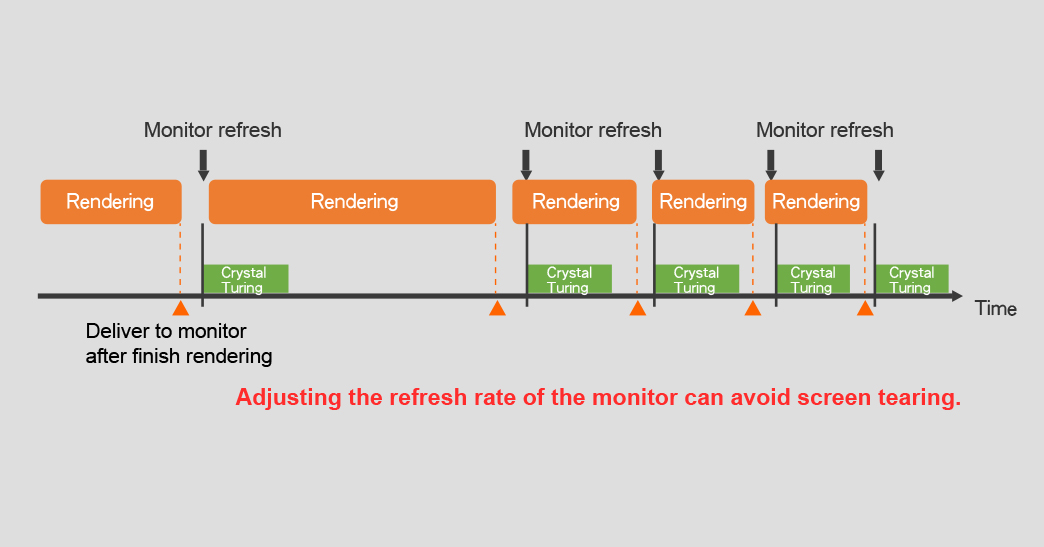 10. The thing that can easily be forgot about – Monitor Depth!

People usually focus on panel specs and panel types when buying a monitor. But there is one thing that people always forget and have to return their monitor back because of it. It is “monitor depth”.

Why is monitor depth important? Because it indicates How much space of your desk will be occupied by the monitor.There are too many gamers who forget this matter and find out that the monitor eats up too much space on their desk and end up with uncomfortable spacing or they have to sit too close to the monitor and their eyes start to ache. There was even a monitor designed with an enormous stand and it ate up too much desk space and was criticized by gamers so much that the stand had to be redesigned and relaunched with a small revision just because the stand was eating up too much space. This shows that even though this spec is very neglectable, it is very important for every gamer.

So please don't forget, before you buy a monitor, check the dimensions of it- we want the monitor to be positioned just perfect on your desk.

Budget is always the most realistic problem

With all these introductions, believe that you already have an idea which spec is important to you. But if you are an FPS gamer who also plays AAA games and don’t have the budget to buy the ultimate monitor with all the specs you want, what should you do?

We truly suggest that you, no matter what, pick a monitor that has at least a 144Hz refresh rate . After using it there is no going back, you can feel the difference even when you move your mouse cursor or when you are moving your windows. Secondly, it's resolution; although 1080p is enough for monitors below 27 inches, after using a2K resolution monitor, you really can’t forget how delicate the images are that your monitor can bring you.

When you are buying a monitor, please keep in mind that spending $100 upgrading a spec usually ends up more in total spending. Since the monitor is relevant to your graphics card and your game, it’s meaningless if you buy a 4K monitor but don’t have a powerful enough graphics card to deliver 4K quality or you buying games that don’t support 4K so you have to upgrade to 4K.

The monitor is something that is placed outside, it's something that you can see, unlike a motherboard or graphics card which you're not able to see the performance of with your bare eyes.

We strongly suggest all gamers to see the actual monitor before buying it. See if you like the color that it displays or not; see if the dimension is just right to put on your desk; play a game with the monitor and see if you like how it performs; see the appearance and lighting effects, see if you like the way it looks; touch it, feel the texture of it and decide if this is something that you want. Only by seeing it, touching it, and playing it yourself, can you know if this is the destined monitor for you.

Hopefully after reading this article, you won’t be overwhelmed by all those specs anymore, and you will be able to find the monitor that is perfect for you.