The spring may not be near, yet the game market is getting really hot! For the two anticipated triple-A titles from Ubisoft are coming one after the other. First is the long-expected “For Honor”, a brand new hack ‘n’ slash franchise, which was already released on Feb. 14th. And the other is “Tom Clancy’s Ghost Recon Wildlands”, first episode in the series with the open-world gameplay, going to launch on Mar. 7th. As a preview, AORUS has tested the latest open beta version of “Ghost Recon Wildlands” with multiple graphics cards along with the release version of “For Honor,” so you get to know what the best equipment is for you to fight with! 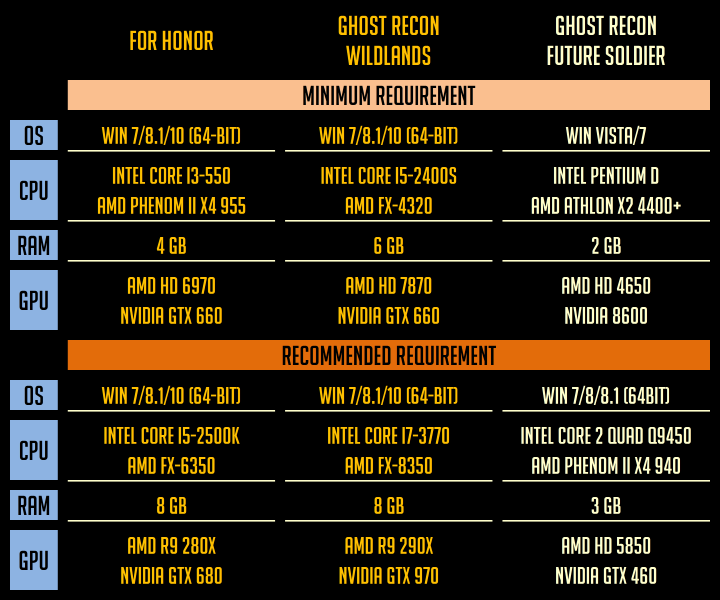 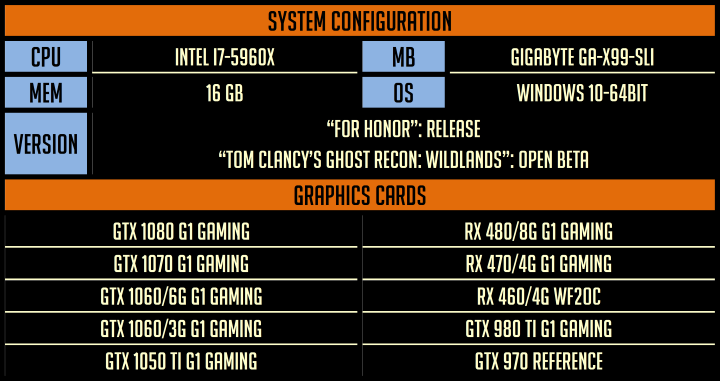 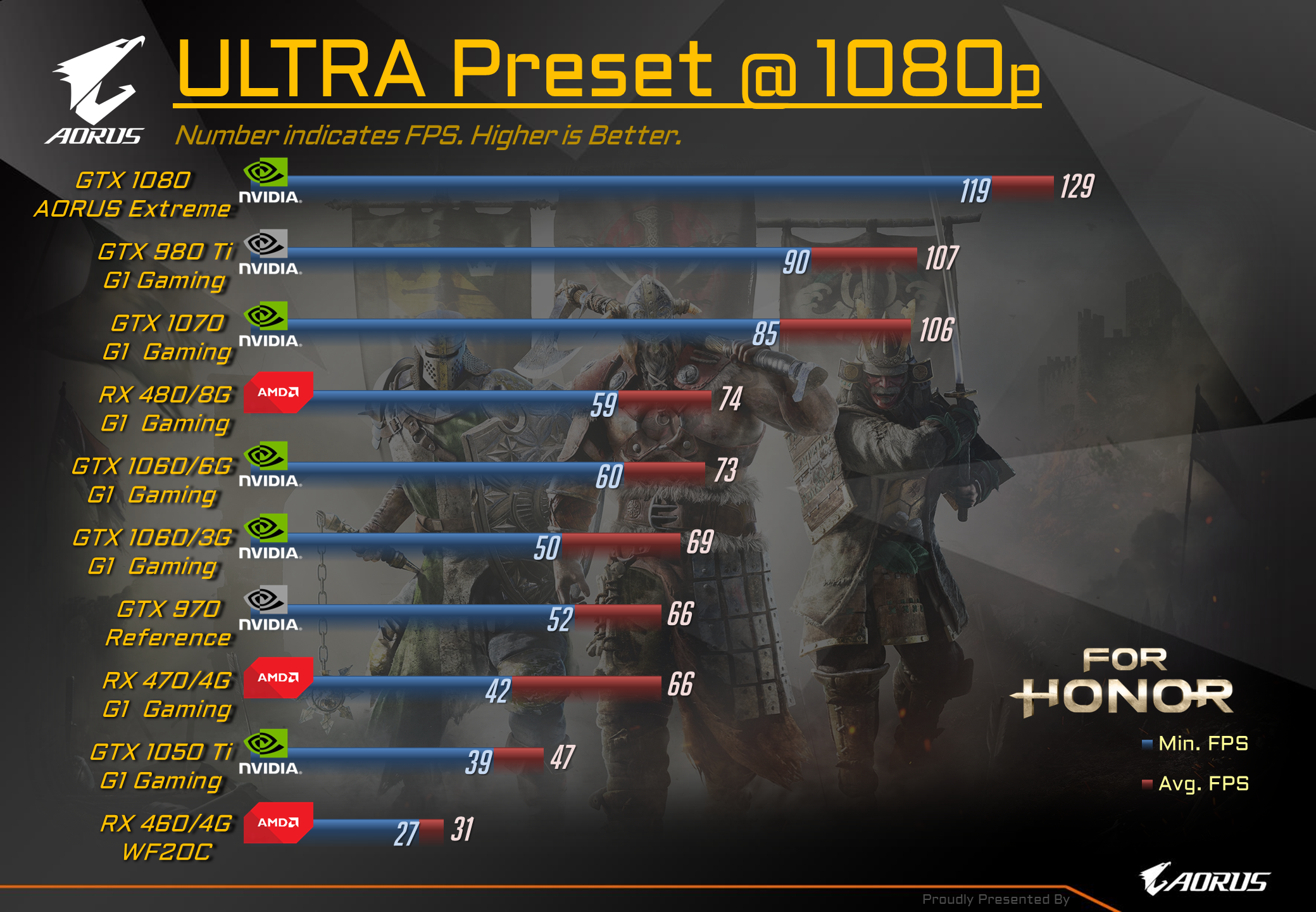 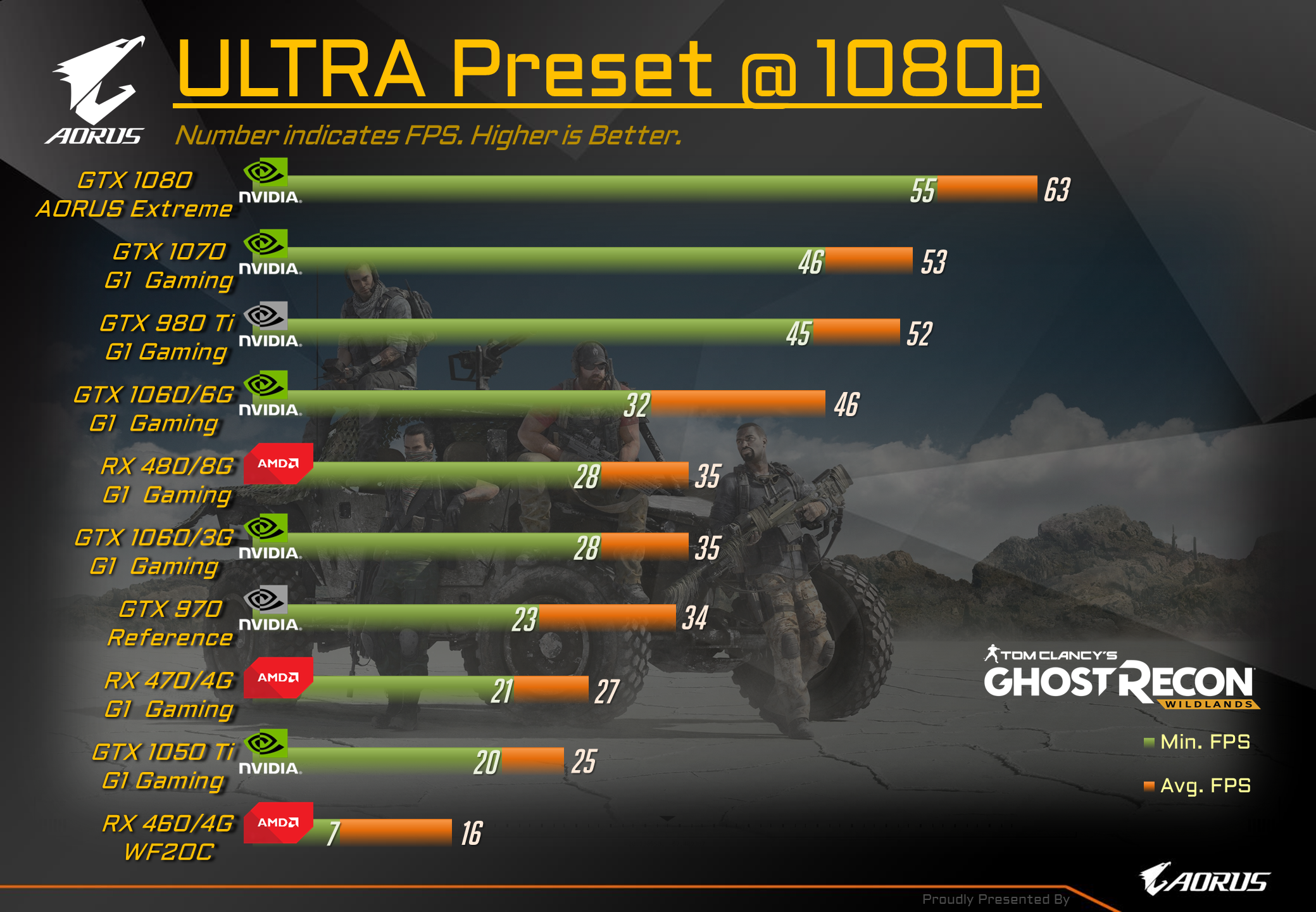 Firstly let’s take a look into the Ultra preset at 1080p for both titles. “For Honor”, surprisingly, has done a great job on performance optimizing that you can achieve 60 FPS at minimum with GTX 1060/6G. With GTX 1080, you can even play it on a 120Hz gaming monitor. “Ghost Recon Wildlands”, on the other hand, has a poor performance that even GTX 1080 can only make it 63 FPS on average. You need a really monstrous rig to drive it smoothly, or you would rather tune down the quality a bit for performance in exchange. 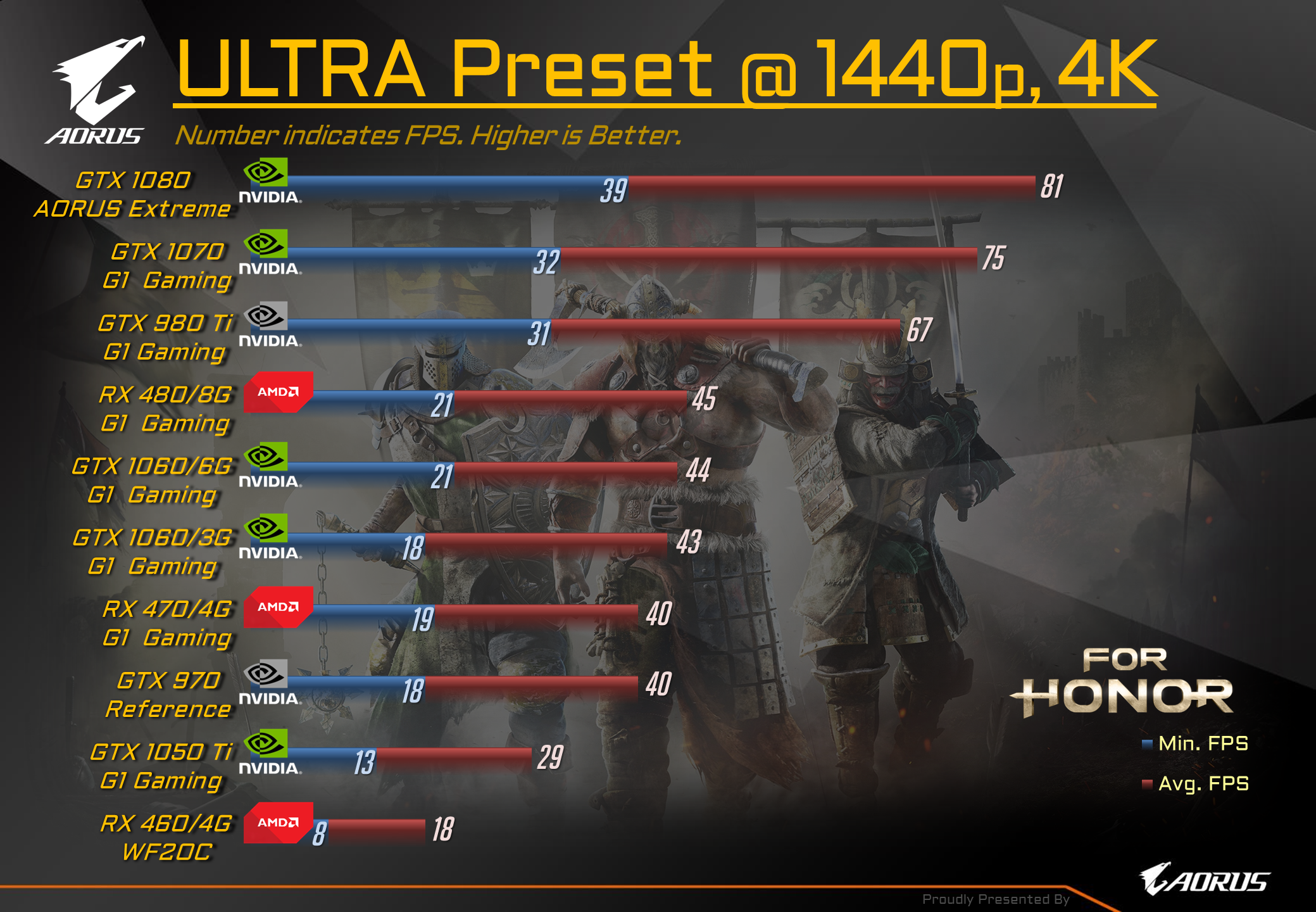 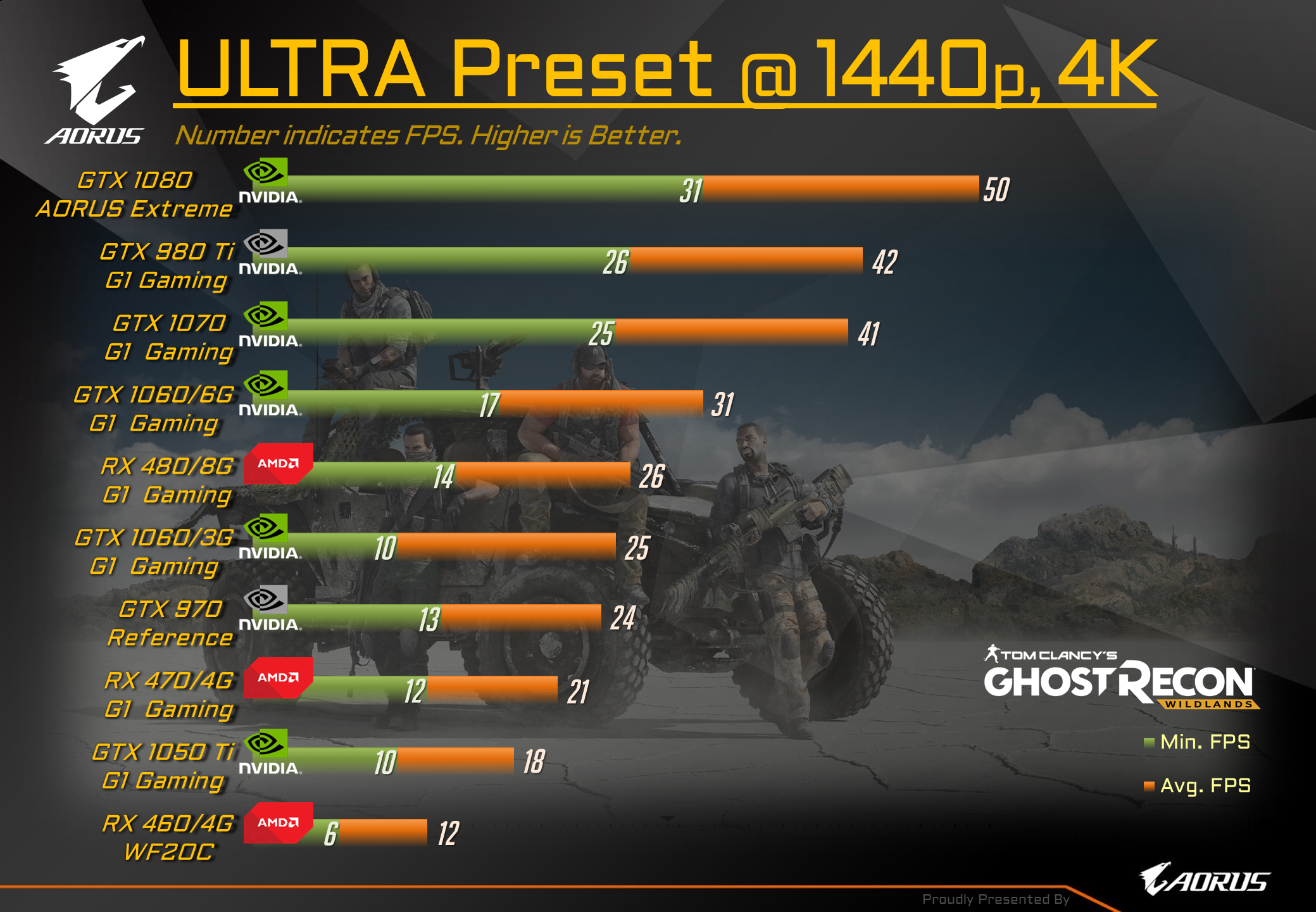 No AORUS gamers should be satisfied with full HD, so we move to higher resolutions. “For Honor” also did a good job at 1440p that you can get 75 FPS on average with GTX 1070. “Ghost Recon Wildlands”, on the contrary, can only run at 50 FPS with GTX 1080. As for 4K resolution, no single graphics card can run at 60 FPS or above with both titles. Thus it might not be an easy option, or you need two GTX 1080 in SLI mode for that case. 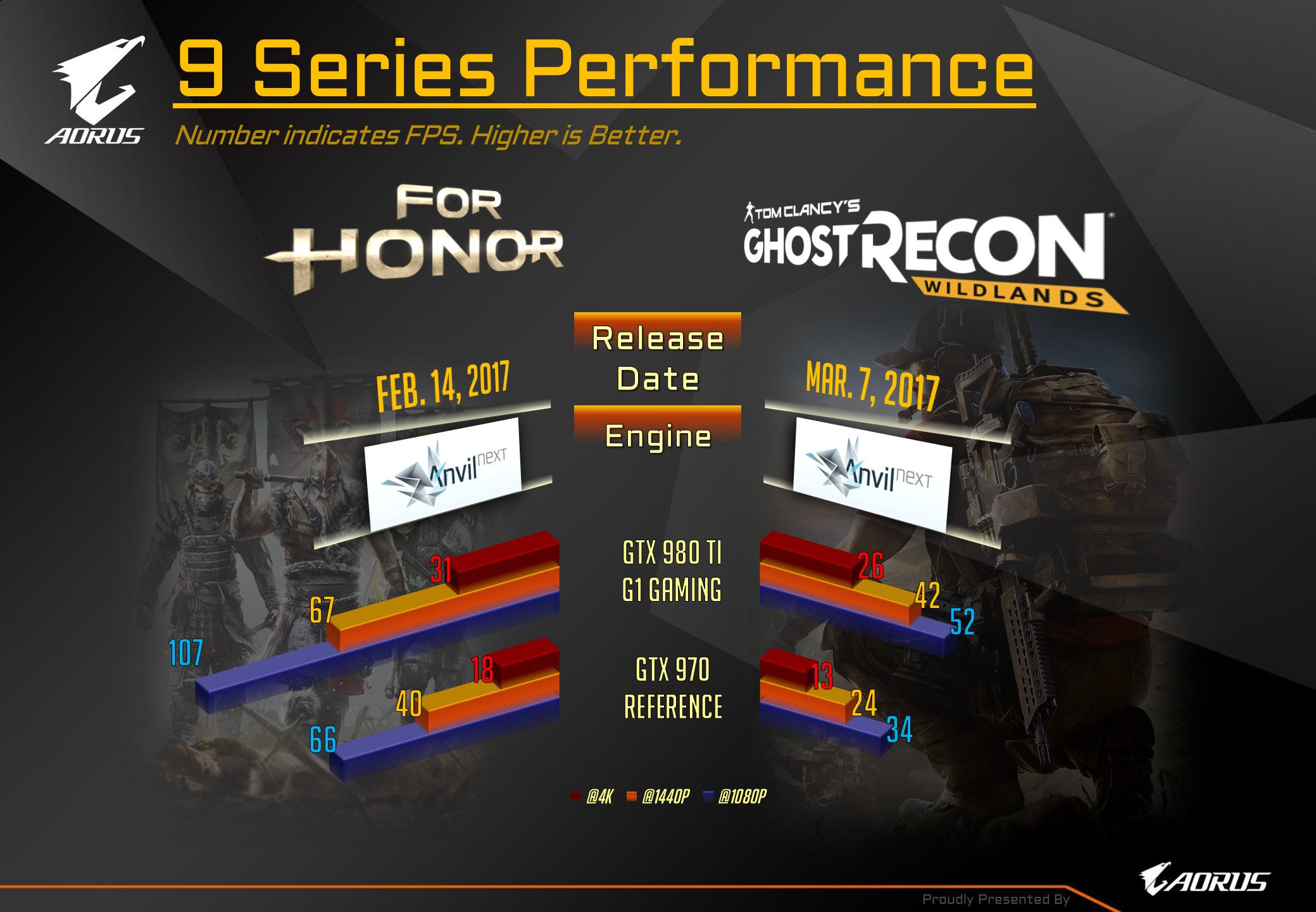 Yes, we’re all aware of the power of the GTX 10 series, but for those who still possess a GTX 9 series graphics card, here’s the summary of how they perform in both titles. Both GTX 970 and GTX 980 Ti can do a fair job with “For Honor”, but they both failed in “Ghost Recon Wildlands.” Now that the new GTX 1080 Ti is right at the corner, you really deserve better for the extreme gaming experience. 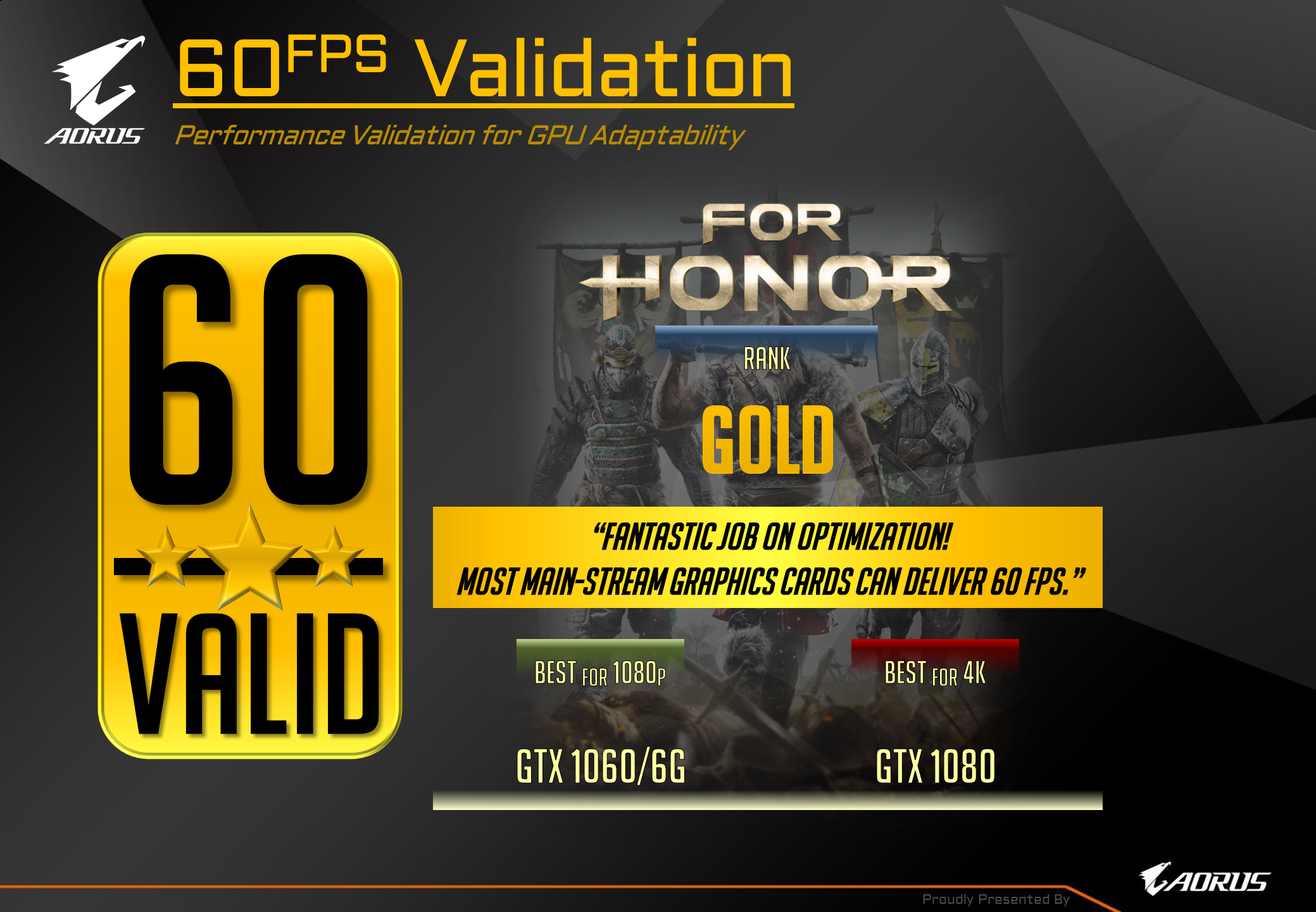 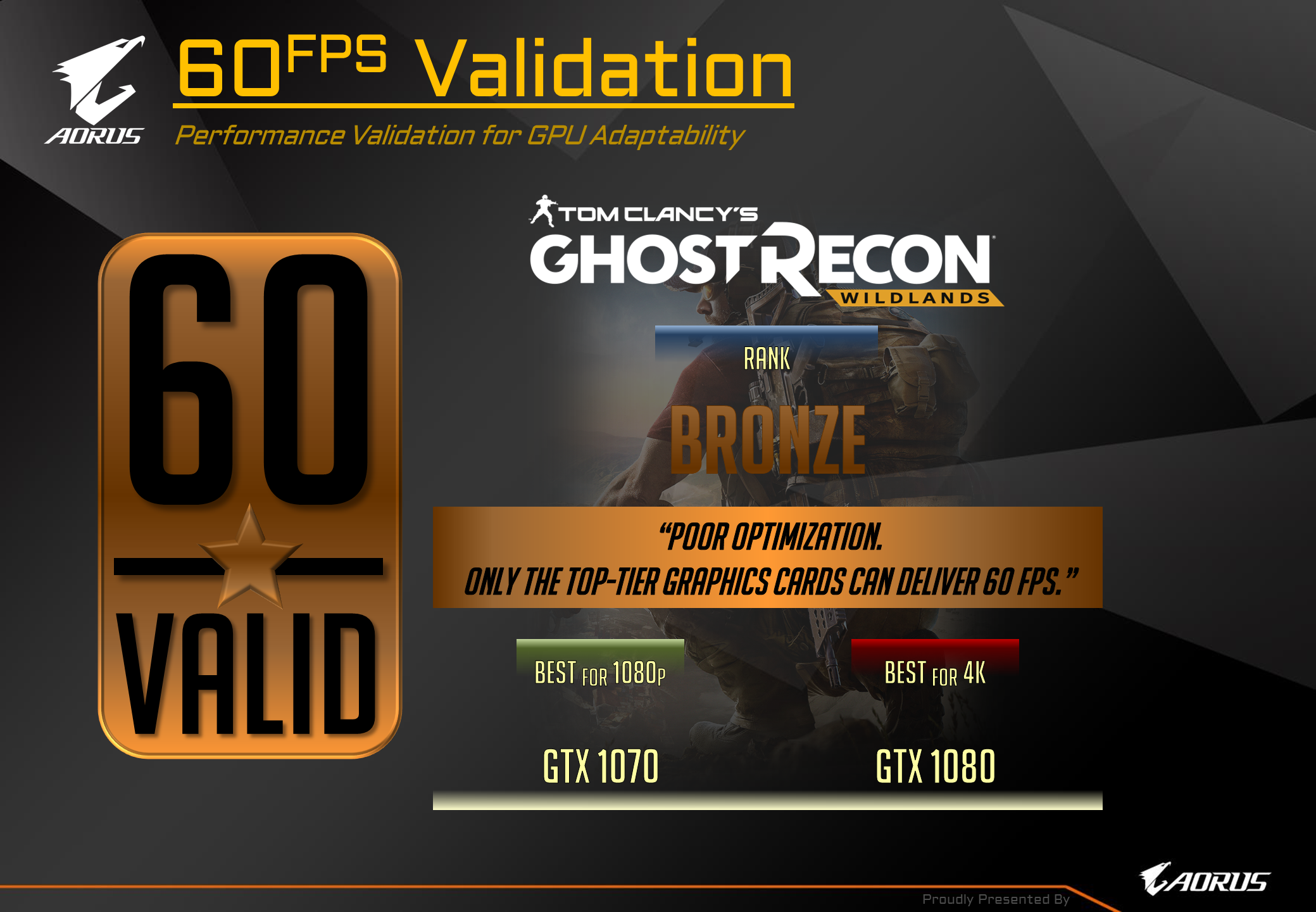