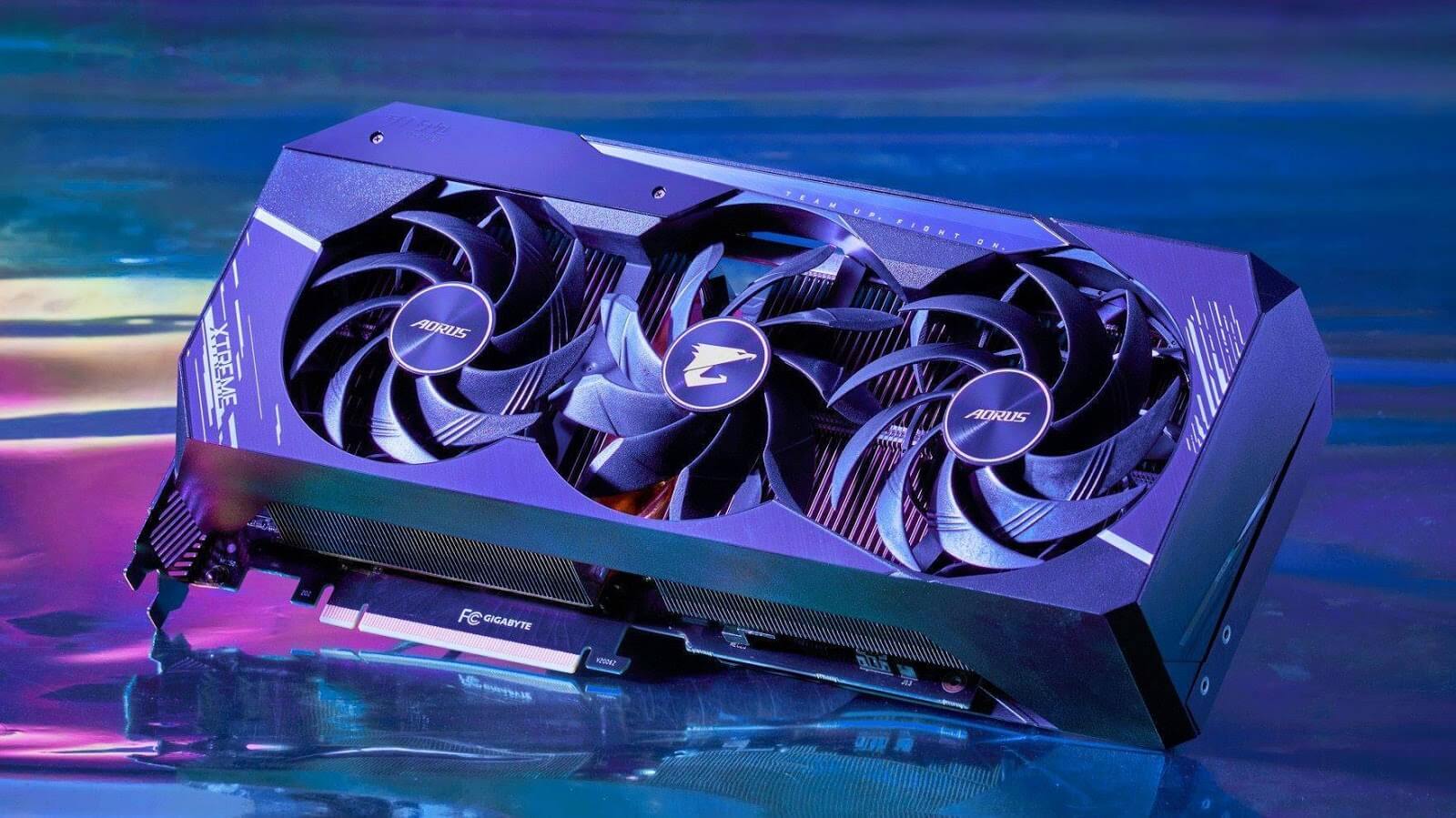 Last year when AMD launched their brand new RX 6000 series graphics card, they also introduced the Smart Access Memory (SAM) technology, claiming that there will be an additional in-game performance boost when pairing the RX 6000 series graphics cards with AMD 5000 series processors. Then NVIDIA jumped out and responded that SAM is nothing new but an existing technology that relies on the basic attribute of PCI Express: Resizable BAR. NVIDIA graphics card users could also benefit from additional FPS boosts with some simple motherboard BIOS, graphic driver and VBIOS updates, and such upgrade is not limited to AMD or Intel CPUs.  Now everybody is talking about Resizable BAR, but what exactly is Resizable BAR?

To answer this question, you need to know what BAR (Base Address Register) is first. Inside a computer, the CPU can only access the RAM(Random Access Memory) directly. If the CPU wants to access the memory space of other devices, such as PCI Express devices (ex. a graphics card), it will need the help of RC (Root Complex) for stretching the data from external devices and write these data into the RAM with TLP (Transaction Layer Packet) for further access.

However, every PCI Express device has a different combination of internal memory space. Some of them can be accessed, while some others cannot. And all of the information, including the size of the memory space and additional attributes will be recorded into the Configuration BAR.

But you may ask: can I have an additional performance boost just by adjusting the size of BAR? The games nowadays are getting more complex, featuring an incredible amount of scenes, textures, shaders, and geometry. All these need to be processed by the graphics card, and it also means more and more data need to be processed between the CPU and the GPU.

We can tell it from the usage of VRAM on a graphics card: even with 10G of memory space, all of the spaces will be occupied by AAA game titles on RTX 3080. So the limitation of the 256MB BAR size will somehow result in a bottleneck to graphic performance. But thanks to resizable BAR, the CPU could access more memory space on the graphics card, promising no data queue between the CPU and the GPU for better gaming performance. According to our internal testing, we found there is approximately 6~8% of FPS boost after enabling the resizable BAR. 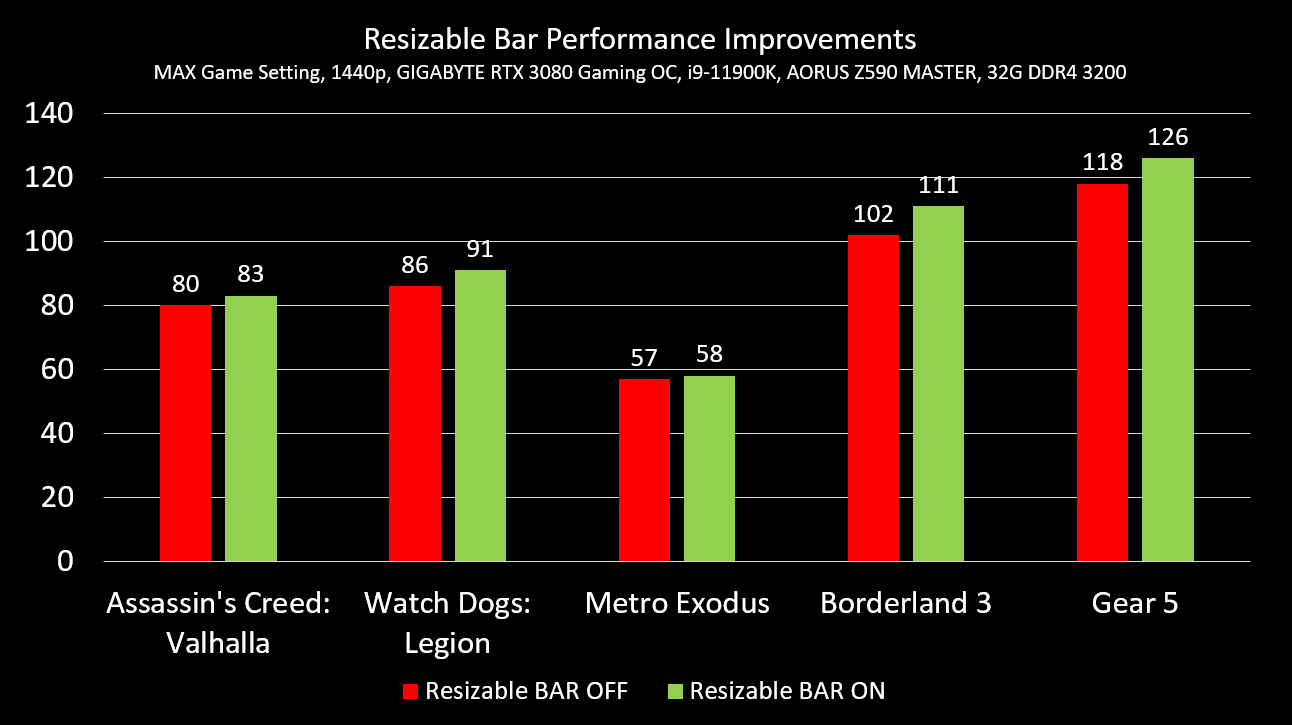 The world-renowned gaming brand GIGABYTE offered a series of products that are Resizable BAR-ready, including Intel Z590/H470/B460 and AMD 500 series motherboards. As for the graphics cards, all RTX 30 series graphics cards from GIGABYTE could take advantage of this technology as well. Simply update the motherboard BIOS, graphics driver, and VBIOS, and you will be set for the smoothest gameplay ever with GIGABYTE gaming motherboards and graphics cards! 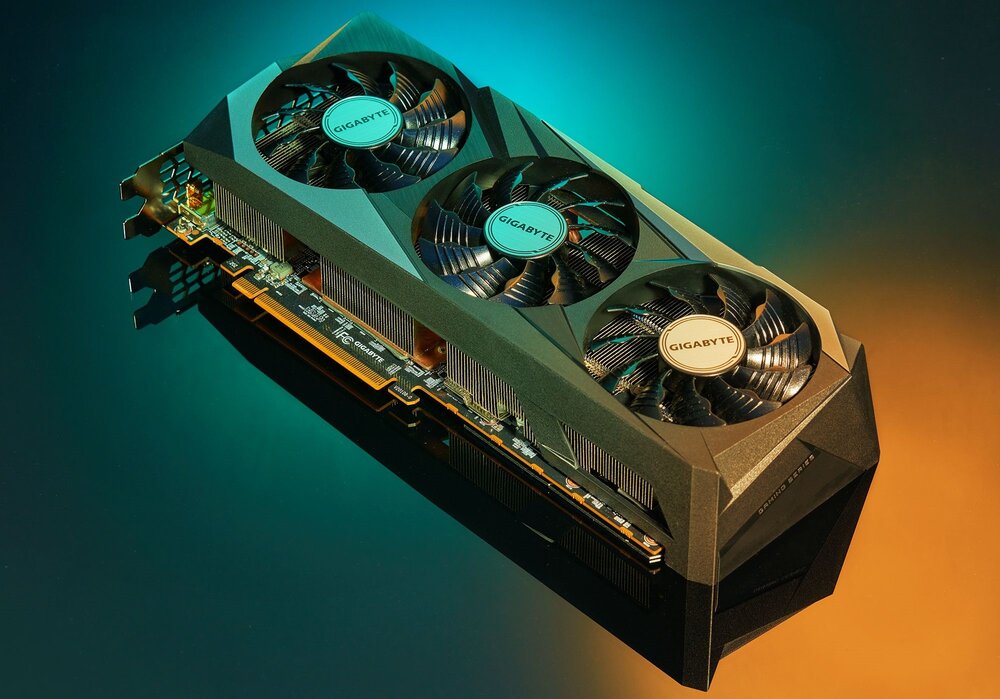 How to upgrade your gaming performance with Gigabyte product?

More about NVIDIA and AMD Tech:

How To Choose Your RTX 30 Series Graphic Card?