How To Choose Your RTX 30 series Graphic Card? 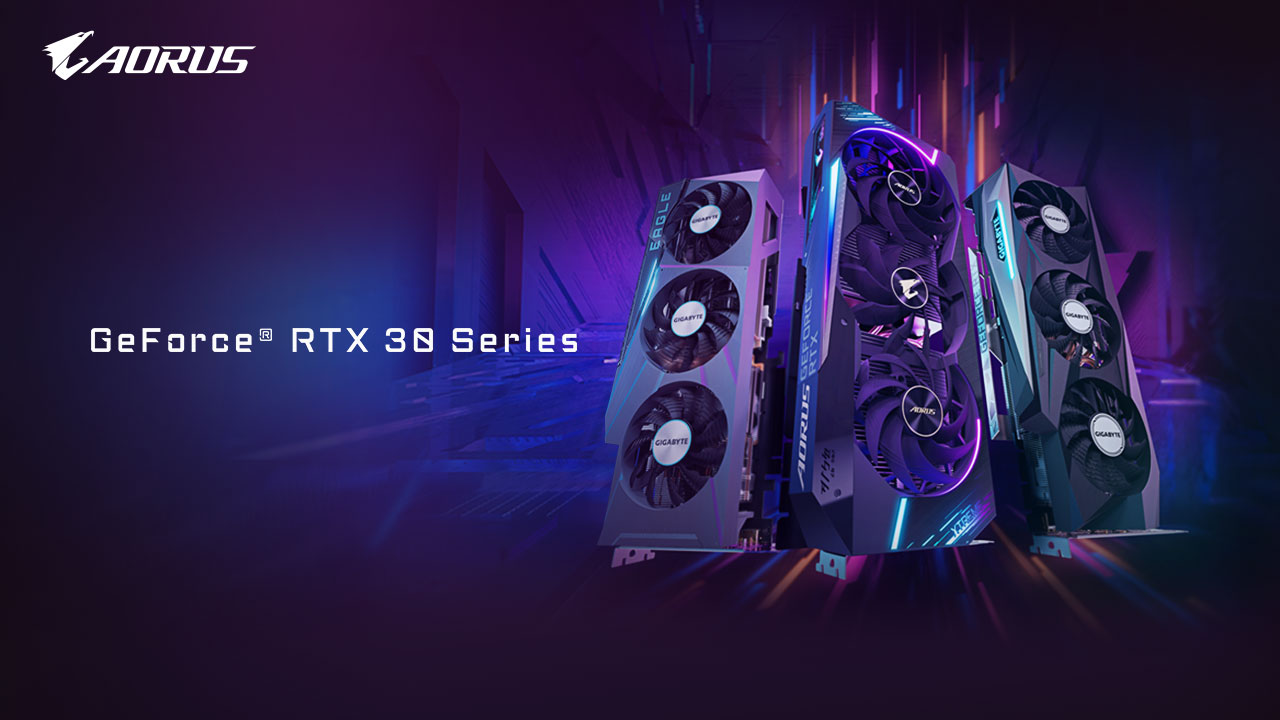 The RTX 3080 Ti targets hardware enthusiasts or hard-core gamers who are addicted to the best graphic performance.

The RTX 3070 Ti is built for gamers who want some extra performance out of RTX 3070 without breaking the bank. 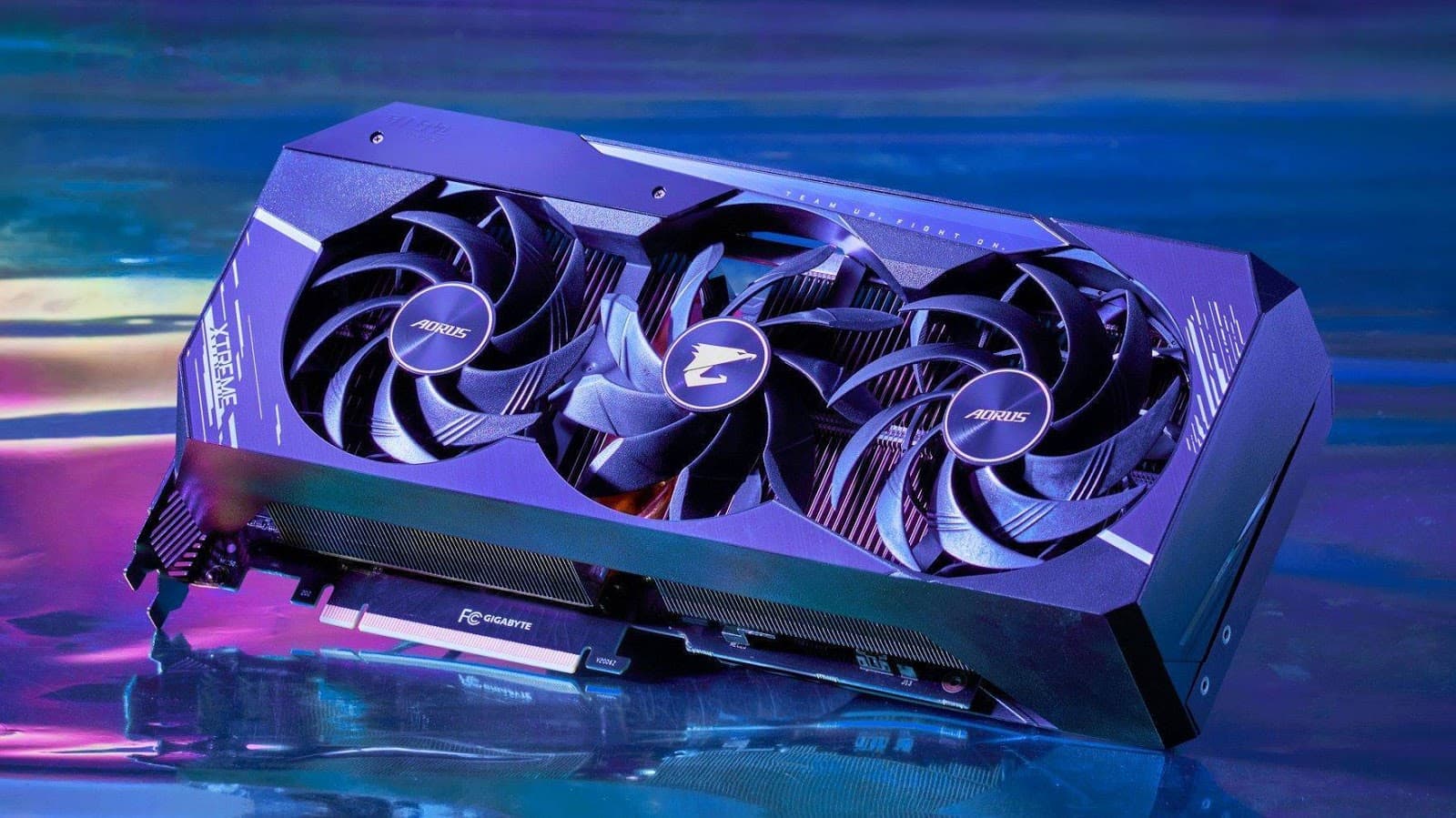 There are two RTX 30 series models available now: the RTX 3090 and RTX 3080, which both belong to the high-end segment of the market.

The RTX 3090 is the more powerful of the two based on the naming, however, these two GPUs were built for different purposes.

Content creators do not expect or need high framerates or picture quality but more CUDA cores with raw power for something such as building mathematical models, machine learning or neural networking, and the vast 24GB of VRAM for pre-depositing more graphic textures which will help to accelerate 3D rendering. 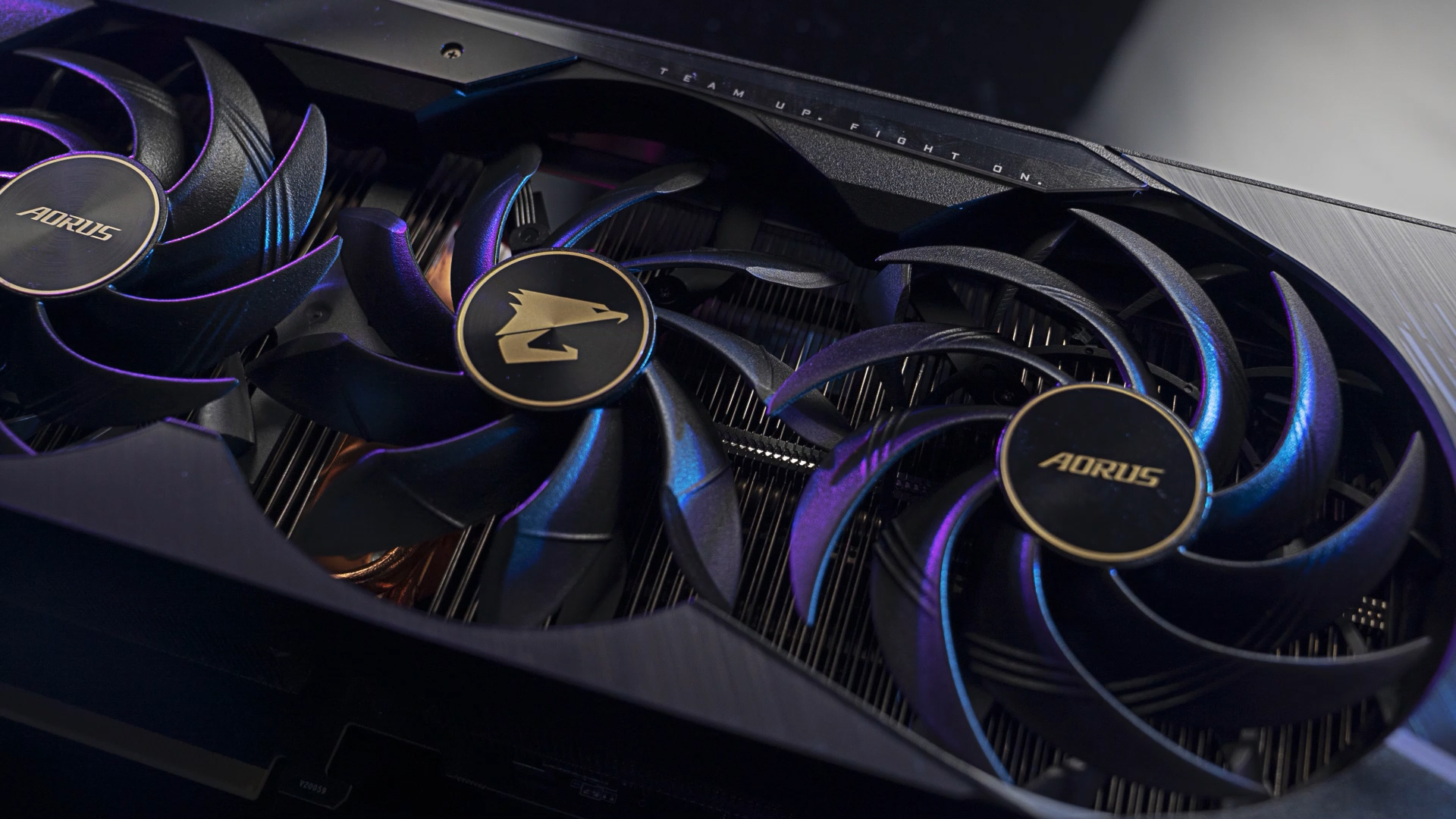 As for the RTX 3080, it’s made for gaming from the ground up and that explains why all the game benchmarks shown by NVIDIA CEO Jensen on RTX 30 reveal event focused on the RTX 3080. To simplify things, the RTX 3090 was built for professionals and content creators while the 3080 is intended for gamers.

As an industry leader, GIGABYTE has developed a complete line-up of RTX 3080 Ti & RTX 3070 Ti graphic cards for any use case and scenario.

Check out all of RTX 30 series 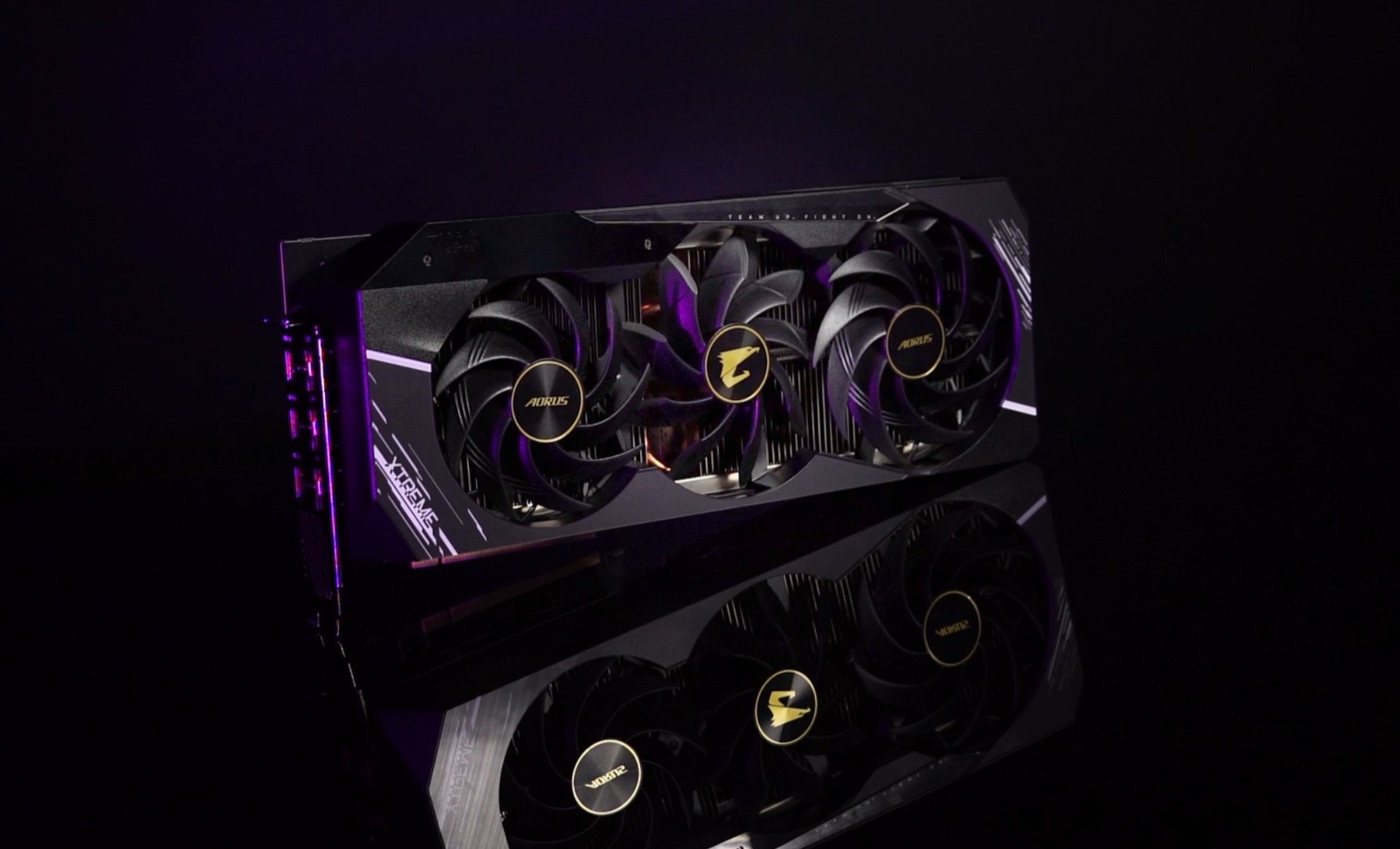 If you're a hardcore hardware enthusiast or simply want the maximum performance out of your hardware, the AORUS lineup is perfect for you.

To squeeze the best performance out of the RTX 30 series GPU, AORUS has introduced “MAX-Covered Cooling” for the brand-new GPU. MAX-Covered Cooling comprises 3 key technologies, stacked fan, wind claw, and alternate spinning, all designed to efficiently and perfectly cool the GPU.

AORUS, however, has not stopped there. Going a step further and utilizing a large vapor chamber on the AORUS RTX 3080 Ti EXTREME, the thermal efficiency and cooling on AORUS graphic cards has reached even greater heights.

AORUS has also introduced LCD Edge View, an LCD display on the side of the graphics card which could output important GPU info such as temperature, usage, or clock. All these features allow the AORUS lineup to wear the performance crown for the RTX 30 series GPU.

With these two models, you will always get a dedicated water block that covers all major components on a graphics card such as GPU, VRMs, and VRAM. Most importantly, it eliminates any concerns of breaking the warranty, as it comes pre-installed. You can have it all with the outstanding performance of the AORUS WATERFORCE series graphics card that comes with complete warranty.

If you want to have the 4K@60 gaming experience, the Gaming OC is definitely the one for you. Compared to the Founder’s Edition from NVIDIA, it has higher GPU clock speeds and pushes the game resolution to 4K with 60 FPS or more.

The Gaming OC also features dual BIOS, allowing users to switch between game and silent mode for every scenario. RGB lighting is another feature that makes the Gaming OC shine. The top of the card has an RGB light bar, which can be set to different light effects such as breathing or wave, making your gaming PC shine. 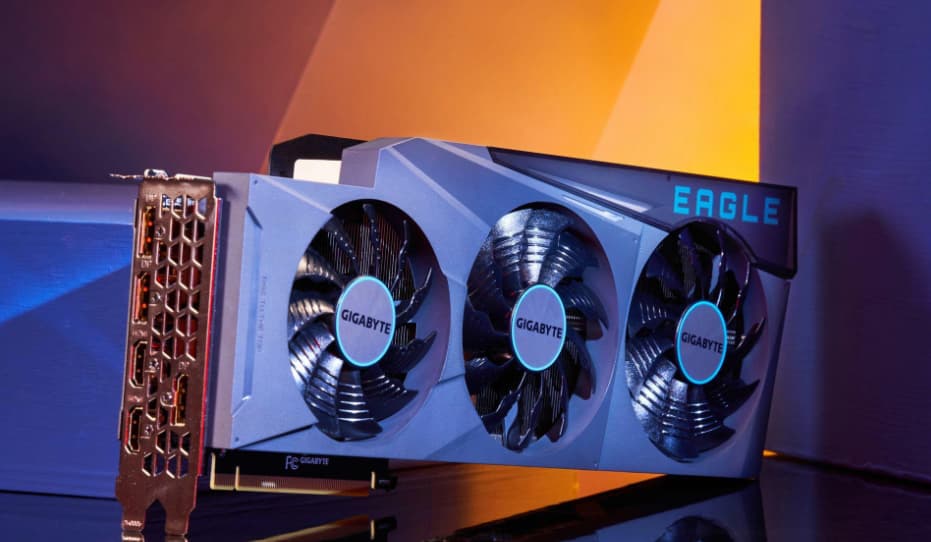 If you want to jump into the world of 4K gaming on a budget, the Eagle is the perfect one for you. The RTX 30 series-based Eagle cards can push the FPS to 60 (4K), or even 120 (1440p), on your favorite game titles and is loaded with many high-end features such as graphene nano lubricant for the fan sleeve bearing for up to 2.1x fan lifetime and an Ultra-Durable-grade choke capacitor used for graphics cards.

All of these make for a stable gaming platform that can tackle any game you throw at it.

Now, more and more gamers prefer a white PC build and VISION is exactly the one for them. It’s one of the few white models in the market and has been appreciated for its simple and elegant design. Don’t get fooled by its looks, though, as it’s a true beast with RTX 3080 Ti GPU and delivers premium 4K@60 or even 4K@120 gameplay!

So, after being introduced to the new GIGABYTE and AORUS family series, have you decided which RTX 3080 Ti or RTX 3070 Ti graphics card you should go for?

To keep it simple, if you’re chasing top-notch performance, go for the AORUS. However, if you would like to see your favorite AAA title played with 4K@60, go for the Gaming OC or Eagle. Alternatively, if you’re a fan of white PC build, VISION is the one for you. With the complete lineup of RTX 3080 Ti and 3070 Ti series graphic cards from GIGABYTE, we hope to open new avenues for your gaming experience!