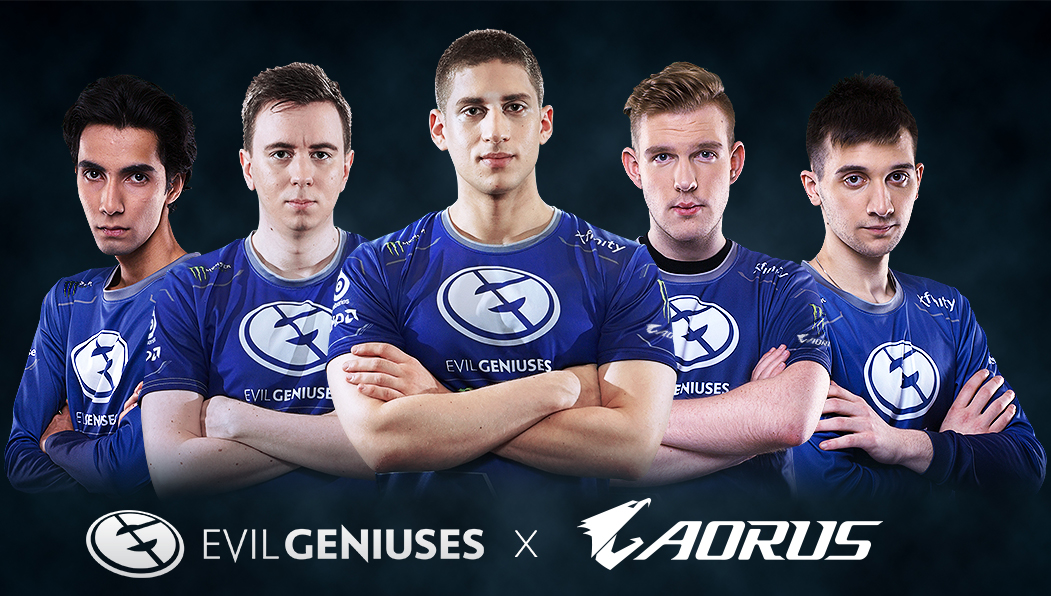 AORUS, a premium gaming brand by GIGABYTE, today announced a new strategic partnership with Evil Geniuses. With the deal in place, AORUS will be the team’s official PC hardware partner, supplying the Xfinity Training Facilities with high-performance laptop and desktop systems with top-of-the-line components, including the latest AORUS gaming motherboards and graphics cards.

Evil Geniuses has been active in esports since 1999, housing many championship-winning players and providing them with the tools to succeed. AORUS is honored to become the team’s official PC supplier that helps the organization continue their dominance in many years to come.

“At Evil Geniuses, we compete at the highest level of many technically demanding games, so we need the best technology and hardware to power our players. Joining forces with AORUS means EG players will have an unparalleled advantage at our Xfinity Training Facilities,” said Phillip Aram, COO of Evil Geniuses. “The state-of-the-art AORUS hardware is built to empower the best gamers in the world, and we intend to push it to its limits every day.”

Eddie Lin, Vice President at AORUS added to the new partnership. "We are excited to team up with Evil Geniuses, one of the world’s best known esports franchises with years of victories and triumphs under their belts. Their success reflects their extraordinary teamwork and determination, which corresponds to the values that we hold at Team AORUS.”

Evil Geniuses is a premier professional gaming team with a worldwide following. Founded in 1999 from humble beginnings, the team has grown to a place of massive influence as one of gaming’s best known brands. Long known by a hallmark of elite players with un-breaking determination, Evil Geniuses is unapologetic in victory and the world’s best video game team.

AORUS, a premium gaming brand powered by GIGABYTE, delivers a full spectrum of gaming products ranging from gaming laptops, motherboards, graphics cards, mechanical gaming keyboards, to many other gaming hardware and gears, offering the most extreme gaming experiences for enthusiasts worldwide. An active member of the gaming community, AORUS is a proud sponsor of prominent esports teams, and participates in major gaming events around the globe.