December 7, 2021 – GIGABYTE TECHNOLOGY Co. Ltd, today announced the GeForce RTX™ 2060 WINDFORCE OC 12G and the GeForce RTX™ 2060 D6 12G graphics cards. Both GeForce RTX 2060 graphics cards not only use the GPUs certified by GIGABYTE, but also feature the WINDFORCE cooling system, real-time ray tracing and AI technology. The memory capacity has been doubled from the original 6GB to 12GB, a change that meets the needs of users who need larger memory. 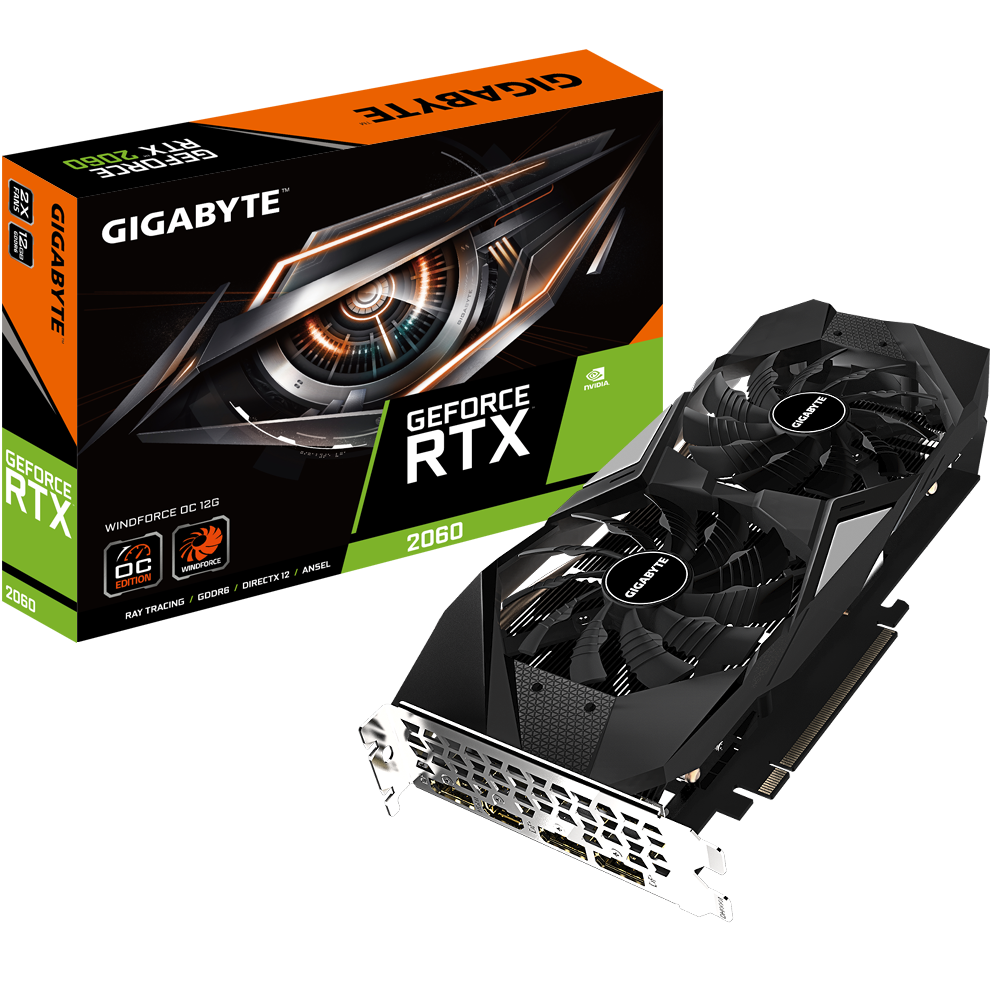 The unique blade fan splits the airflow through the triangular fan edge and guides it smoothly through the 3D stripe curve on the fan surface, effectively enhancing the airflow. The shape of the pure copper heat pipe maximizes the direct contact area with the GPU, enhancing the heat transfer. Also, the heat pipes cover the VRAM chips through a large metal plate to ensure proper cooling. In addition, the protection back-plate not only provides an aesthetical shape, but it enhances the structure of the graphics card to provide complete protection.