How to identify the code for Intel Core™ CPU? 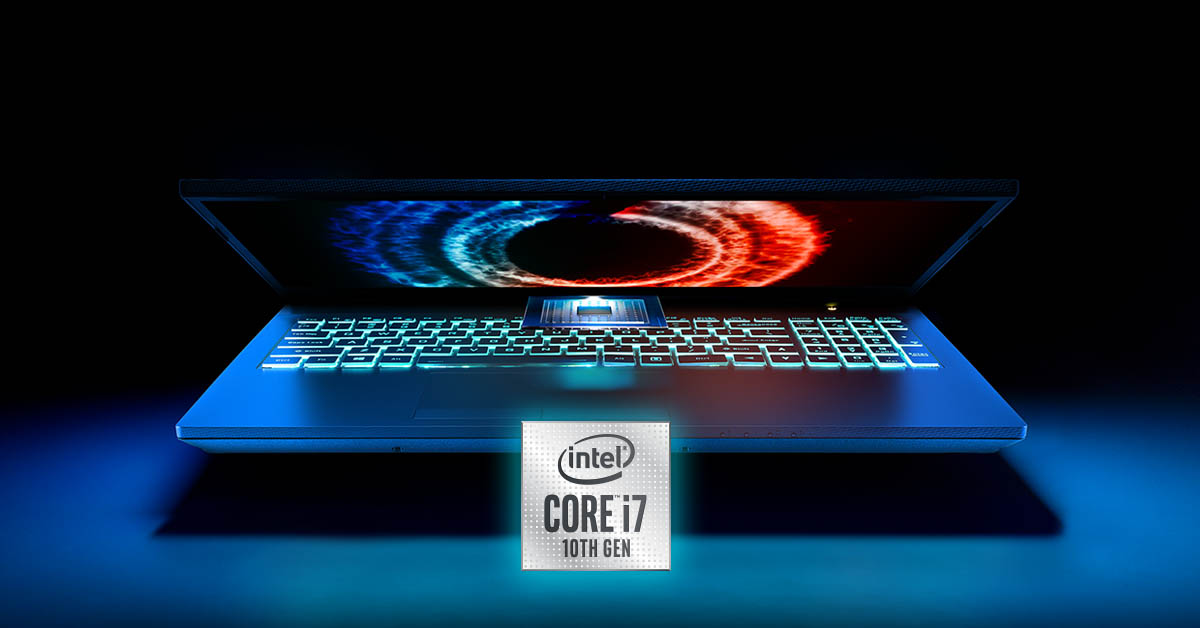 Intel Core™ H series processor is the most frequently used intermediate to high-end processor in the laptop. It's common to see a lot of numbers and letters coming after Core™ H, such as i7-10XXXH. In general, the greater digit represents the better performance. We can further look into the code and divide it into 4 parts.

The high-frequency Core™ H family has 4 “Brand Modifier”, i3, i5, i7, and i9, depending on the features and the performance. Intel's flagship Core™ i9 gives the highest performance. Core™ i3 is the entry level and is suitable for multitasking word processing. For users such as e-sports player and creator, they would need Core™ i7 or Core™ i9 for their laptops to meet the requirements.

For the gamer, the most important thing is to have a high clock speed for executing a single application. As for the designer who mainly uses the laptop for multimedia and video editing, multi-file or image processing, the greater number of cores is much more important.

In the figure below, the red part shows the Gen indicator. The greater digit indicates the later  architecture. Intel released the latest 10th Gen processor in April, 2020. The performance and core architecture of the new generation processor are superior to the previous one. 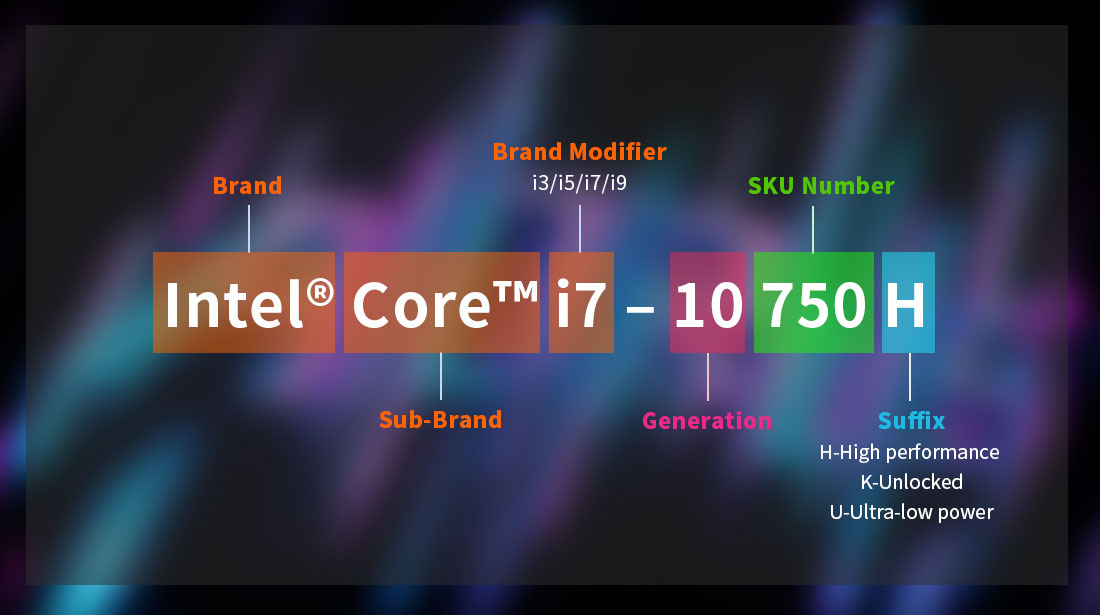