Thinking about upgrading to 12th-gen? AORUS Z690 may just be the right motherboard for you! 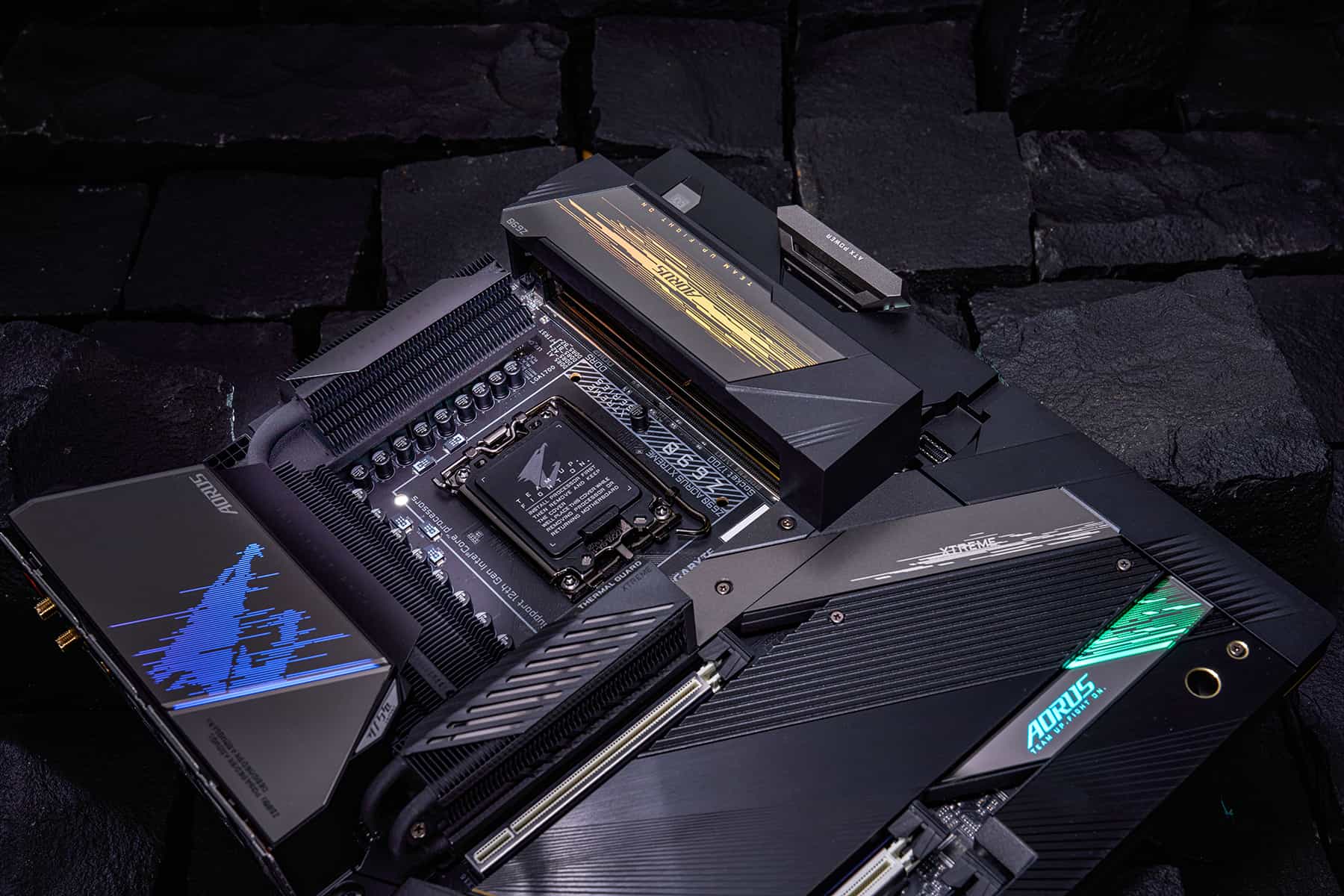 Packing up to 16 cores and 24 threads, the latest Intel 12th-Gen processors promise a significant leap in both single-core and multi-core performances, a major selling point for those looking to adopt the new Alder Lake platform. However, there are some caveats. If you pair the new chip with just any motherboard, the actual performance might not be as great as expected. In this article, we will highlight some of the features you may overlook regarding the Intel 12th-Gen processors and how to pick a motherboard so that you will be able to receive the best performance from the new CPU.

The Intel 12th-Gen processors excel both in single-core and multi-core performances, but the improved performance comes at the expense of huge power consumption. It will consume over 250 watts of power under full load, which makes it as power-hungry as a premium graphics card such as the RTX 30 series. Therefore, the first rule is to check if your motherboard could truly fulfill the power demand from the processor.

The Power Design Of Motherboards Matter

The huge power consumption by the Intel 12th-Gen processors poses some serious challenges to a motherboard’s power delivery. If you want your CPU to offer the best performance, you need to make sure that the motherboard sports sufficient power phases with larger current per power phase, more efficient power architecture, and a robust thermal design for the VRM.

Let’s start from the power phase count, one of the specifications that are often overlooked. But for this generation, you need to pay close attention as the VRM on the motherboard would easily overheat due to insufficient power phases, resulting in poor power efficiency and poor CPU performance. Also, the traditional parallel power design cannot cope with the power thirst from the 12th-Gen processors anymore, so you should opt for the direct power design.

Lastly, large reserves of power go in vain if the motherboard cannot handle heat. Having plenty of power phases or the direct power design may not be enough. The 12th-Gen processor still cannot unleash its full potential if the VRM gets too hot, so the VRM thermal design becomes extra critical.

Learn more >> The Key to Stability: The Power Design of GIGABYTE Motherboard

Can Your Board Fully Support DDR5?

DDR5 is another spotlight of the latest Alder Lake platform. You may find that some Z690 boards support both the 12th-Gen processors and DDR4, but DDR5 is the way to go if you are looking for a performance-oriented, no-compromise build.

There is one huge difference between DDR4 and DDR5 regarding the PMIC (Power Management IC). In the past, the PMIC of memory was built into the motherboards, allowing users to manage it for better performance, such as overclocking. In the case of DDR5, the PMIC was moved to the memory modules, so users will no longer be able to manage it under the secure mode. In simple terms, you cannot overclock the memory anymore for better performance. If you want to take full control of the DDR5 memory, you will need a motherboard that could get through the secure mode to get to the memory’s PMIC.

AORUS Z690 motherboards powered by GIGABYTE have everything you need to push the new processors to the limit, featuring advanced power architecture, robust thermal design, and complete DDR5 overclocking capabilities. We will go through these features one by one.

Learn more >> Things you need to know when buying a Z690 motherboard? 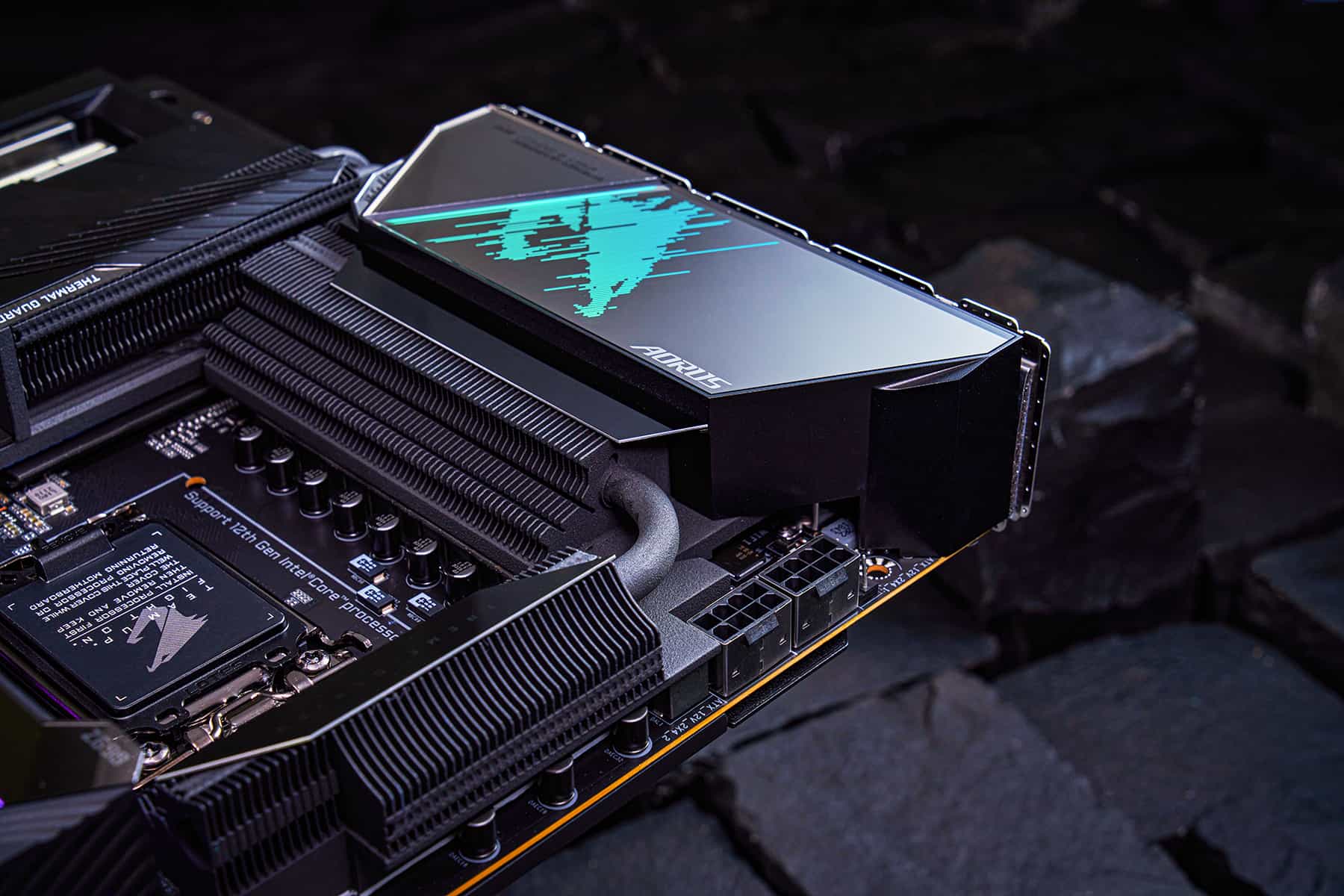 At Least 16-Phase of Power Across the Board

The entire AORUS Z690 families are equipped with at least 16 phases of power, which could fulfill the huge power requirement from the 12th-Gen processors. You could even increase it to 23 phases of power on our flagship model, the Z690 AORUS XTREME. It means that even with the premium i9-12900K, you could enjoy the full performance from a 16-core motherboard for gaming, content creation, or even extreme overclocking without hassle.

All With Direct Power Design

With AORUS Z690 motherboards, you could be supported not only by multiple phases of power but also by a direct power output design, which is much appreciated due to its higher power efficiency over the traditional parallel power design. 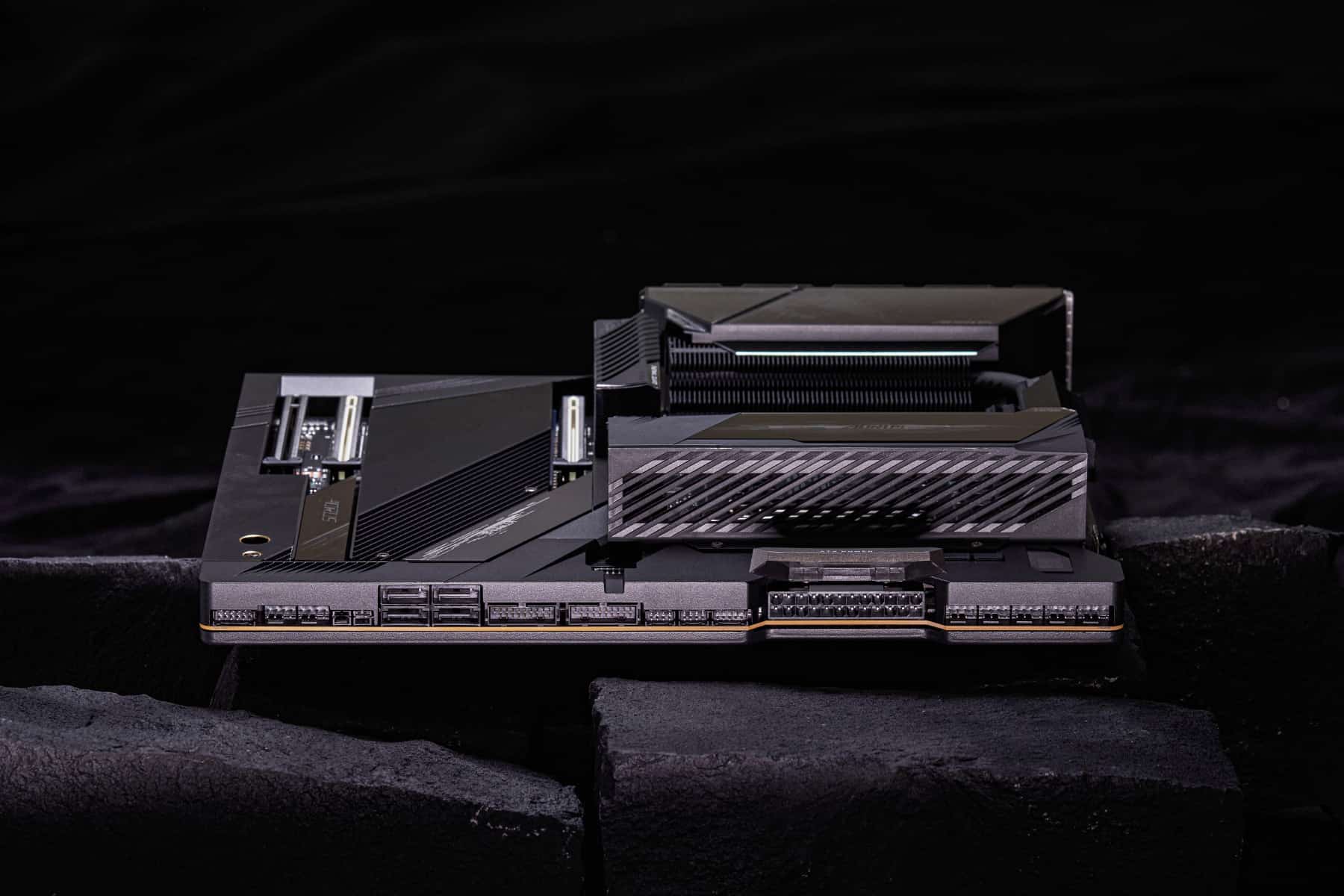 AORUS is the first and still the only brand utilizing the thermal fins for VRM cooling. You could expect the same high standards from our AORUS Z690 lineup. In this generation, we push even further with the latest Fins Array III technology, which features 7 times more the surface area for heat dissipation compared to the previous generation. The Fins Array III guarantees both a lower temperature of the VRM and a more stable operation under full load.

Throttle-Free For All SSD

More PC enthusiasts opt for PCIe SSDs as their main drive for regular tasks, gaming, or content creation, but seldom do they know that the SSD will get throttled under long periods of full load. It is a protection mechanism to prevent SSDs from overheating, but it will lead to poor performance. As a result, the AORUS Z690 motherboards come with enhanced SSD thermal plates, like the Thermal Guard Xtreme, which you could find in the Z690 AORUS XTREME box. With the bundled SSD thermal plate, your SSD will never throttle while handling heavy-duty uses, such as extensive data transfer or gaming access, so you can fully enjoy the lightning fast access speed of your SSDs.

Our engineers developed a unique circuit which can get through the secure mode on DDR5, so users can take full control of the PMIC of DDR5 with their Z690 series motherboards. Also, we came up with a series of DDR5 overclocking functions in the BIOS including DDR5 Auto Booster, DDR5 XMP Booster, and Advanced Memory Setting. The DDR5 Auto Booster could automatically overclock the native DDR5 to 5000 MHz under full load, which is quite suitable for those who would like to have a slightly better performance of DDR5 without any hassle. The DDR5 XMP Booster could turn the native DDR5 module into XMP module or elevate the XMP module with a higher clock or denser timing. If these functions do not satisfy you and you would like to gain full control of your memory, you could go ahead with the Advanced Memory Setting, where you can create your own SPD profile.

In conclusion, the AORUS Z690 series motherboards boast ample power phases with direct power design to unleash the power of the Intel 12th-Gen processors without throttling. The exclusive Fins Array III thermal module can also extract the heat generated from the power, promising better system stability. For the latest DDR5, you could also find many overclocking functions on AORUS Z690 motherboards that could make the most of your memory performance. If you are looking for a motherboard that could push the Intel 12th-Gen processor to the maximum, the AORUS Z690 series motherboard is definitely the best choice.